Welcome to Godfather MMA Mixed Martial Arts.  Pittsburgh is the birthplace of modern “sport” MMA (1979).  The information provided on this site is collected in an effort to preserve the historical integrity of modern MMA mixed martial arts as a sport in Pennsylvania and throughout The United States. Below are facts presented in a manner to help educate and fill in the blanks to missing parts of modern sport MMA history.  Godfather MMA is dedicated to keeping the storied traditions alive and proving a historical reference for all types of combat and mixed martial arts.

Don’t be fooled by the hype…America was first introduced to regulated mixed martial arts fighting March 20th 1980 in Pittsburgh, PA. The new mma-style league held 10 competitions across Pennsylvania under the banner of “Battle of the Brawlers,” “Battle of the Tough Guys,” “Tough Guy Contests” and “Battle of the Superfighters” throughout 1980, years before promotions such as UFC. Notable locations included the Stanley Theater in Pittsburgh, Johnstown War Memorial, and the Philadelphia Civic Center. Read more The Western Pennsylvania Sports Museum of the Heinz History Center of Pittsburgh, Pennsylvania in conjunction with the Smithsonian Institute unveiled an exhibit on 23 June 2011 to document the birthplace of mixed martial arts.

The Legend of Mitsuyo Maeda 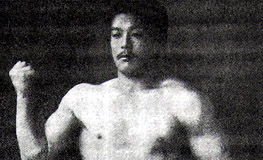 The famous Japanese judōka and prizefighter was legendary in no holds barred competitions. He pioneered judo in Brazil and ultimately developed Brazilian Jiu Jitsu through his teaching of the Gracie Family. He was a product of the Kodokan and student of Judo’s founder, Kano Jigoro. CV Productions aimed to transform traditional “challenges” such as Vale Tudo (made popular by the famous Gracie Challenges in Brazil) into an actual combative sport in America.  Read More 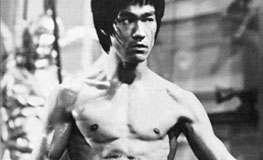 In the 1970s martial arts gained popularity with the emergence of  Hollywood icon Bruce Lee. The 1973 the major motion picture Enter the Dragon was a huge box office hit (loosely based upon a mixed martial arts style of fighting tournament). The Tao of Jeet Kune Do, published in 1975, detailed Lee’s philosophy of combat (essentially mixed martial arts training). 30 Year Anniversary of MMA in Pittsburgh Sonny Achille is the first official BJJ Black Belt in the Gracie family lineage in Western Pennsylvania. He was promoted by Pedro Sauer, a senior student of Helio and Rickson Gracie. He operates Steel City Martial Arts. Read More. In November of 1980 CV Productions was ordered by The Pennsylvania State Athletic Commission to cancel their upcoming show in Greensburg, PA. They were given an ultimatum; if they proceeded, the Pennsylvania State Police would intervene and shut the event down. CV Productions ignored the warning citing that the Athletic Commission had no proven jurisdiction over mma competitions. Read More Thousands will file into Consol Energy Center to see Pittsburgh’s first Ultimate Fighting Championship event Sunday, but the history of mixed martial arts can be traced back 31 years to a Holiday Inn in New Kensington.

Referees who pioneered the sport Jack Bodell was a martial arts student of Bill Viola at Allegheny Shotokan Karate. He was at the time an agent of the United States Secret Service charged with protecting President Jimmy Carter.

Jacquet Bazmore was a Heavyweight Kickboxing Champion who trained at Viola and Caliguri martial arts schools. Noted as one of the most prolific Kickboxers of his era, he also was a sparring partner for boxing legend Muhammad Ali. In 1979 Viola and Caliguri pitched the idea of “Anything goes fighting,” in local bars and gyms looking for the toughest fighters to enter a “Tough Man” competition scheduled for March of 1980. Unknown to them, Michigan promoter Art Dore was hosting boxing events under the name Toughman. CV Productions Inc. immediately changed their name to “Tough Guy” to distinguish themselves before their first event. “Tough Guy” competitions were mixed martial arts style fights that utilized open figured gloves and permitted striking, kicking, wrestling, grappling, submissions, etc. Toughman contests were purely boxing and used 16-ounce gloves. The companies had no affiliation with each other. Pittsburgh MMA instituted the MMA Hall of Fame in 2010 and inducted fighters from the original Tough Guy Competition held March 20, 1980. The ceremony took place at the Kumite Classic Martial Arts Expo held in Monroeville, Pennsylvania on May 30, 2010. Read More The idea of finding America’s ultimate style of fighter was created in Pittsburgh by two ambitious Martial Artists in the 1970s, Bill Viola & Frank Caliguri. They set out to develop a sport that would answer the age old burning question, “Who would win between Muhammad Ali (boxer), Bruce Lee (martial artist), or Bruno Sammartino (wrestler)?” They’re answer lead to the first first grass roots movement of mixed martial arts as a modern mainstream sport.  Read more CV is an abbreviation for its co-founders last names, Pittsburgh Martial Arts pioneers William Viola of Irwin, Pennsylvania and Frank Caliguri of Arnold, Pennsylvania. The experienced promoters set out to address the hypothetical question, “Who would win between Muhammad Ali (boxer), Bruce Lee (martial artist) or Bruno Sammartino (wrestler)?” Viola and Caliguri spent much of 1979 developing the foundation for a series of mixed martial arts style competitions. Read More A major book deal has been inked documenting MMA in Pittsburgh. A Penn State University professor is currently developing a book chronicling the Toughguy craze and history of Mixed Martial Arts in Pennsylvania. 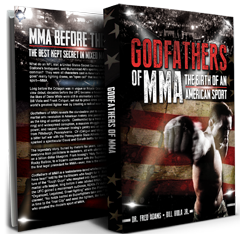 Godfathers of MMA On SALE Now

Pittsburgh MMA. Watch highlights from KDKA’s documentary of America’s first mainstream league of mixed martial arts style fighting championships. The league of events pitted combatants from all fighting disciplines including boxers, kick boxers, martial artists, wrestlers, grapplers, and all around “tough guys.” Competitors could win by opponent’s submission, knockout or decision (based on the 10 point must system). The competitions were promoted as “Anything Goes- striking, throwing, grappling, punching, kicking, ground fighting, and more.” The shows were immediately dubbed by the media as “Organized, Legalized, Street fighting.” Godfather's of MMA. 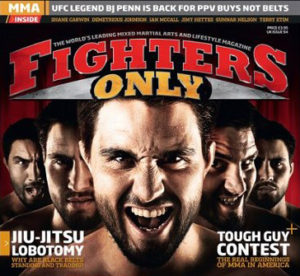 Pittsburgh MMA featured in Fighters Only Magazine They uncover the story of MMA's forgotten forefather's: Frank Caliguri and Bill Viola How Rocky influenced The Godfather’s of MMA… 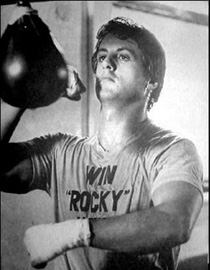 The Academy Award winning Rocky evoked hope in millions of people that a hero existed among the typical “Tough Guys” in America. The fictional character Rocky Balboa was a normal “Tough Guy” from Philadelphia that rose from obscurity to become the most famous fighter in the world. The Battle of the Tough Guys was launched in 1979 the same year as Rocky II. The allure of finding the next Rocky combined the unique timing of the general public’s infatuation with the Rocky theme; lead to the first mixed martial arts competition at in Philadelphia (The Philadelphia Civic Center -1980). This would provide seemingly normal people a chance to rise from underdogs to stardom.

The Godfather's of MMA began the first grass roots movement in America to develop mixed martial arts into a modern sport. Although the initial fighters were rudimentary in comparison to modern champions, history has proven that athletes, coaches, and training methods evolve exponentially over time. Sport MMA is no different, growing from its humble beginnings in 1979 into a polished art today (now one of the fastest growing sports in the world). There is a stark contrast between all professional sports from 1980 and today. Player equipment, salaries, rules, and other aspects of any regulated sport continue to evolve. For instance, the NFL has banned certain helmet-to-helmet hits and instituted numerous rules in response to player safety (addressing the recent concern with concussions). Today’s competitors are more athletic, in part through improving technology in both training and recovery methods. In retrospect, professional football has had over 100 years to develop rules that meet the standards of modern society. CV Productions had only one year of research and development and were quickly and effectively banned. If the state legislature would had cooperated and collaborated on rules and regulations, America could have seen the success of a UFC type entity during the 1980s. Learn more about the history of modern mma and its development into a mainstream sport Click here